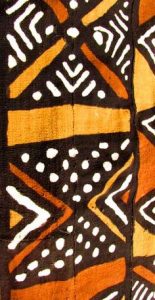 Yesterday read an article about my favourite Hollywood actress, Sidney, and I was shocked by her story. I would never have suspected that such a famous and adored woman like her had had an utterly difficult childhood.

In the article it was written that she was born in a small village in Africa in a tribe with strange traditions. When the little baby opened her eyes… they were blue. A screech of fear cut the air at that moment. The elder of the tribe ostracized Sidney and her mother, as he said , “for the sake of the tribe’s dignity”, and they were alienated by the other members of the tribe. Sidney and her mother were forced to survive on their own in the desert.

Seven years later there was a revolution in several African tribes. People defied the rules of the elders and their ominous decisions, and chased all of them out. The tribes established a new order and the elders were sent into oblivion.

Because of these events Sidney and her mother could have the opportunity to come back home and continue with their ordinary life. But they didn’t want that anymore. Her mother had an unexpected glimpse of courage so she bought tickets for the next ship to America. As they said, the rest was history.